Please join me in welcoming fellow mystery writer Rachel Funk Heller here today!  She’s going to continue the discussion on MacGuffins that we started over at her blog yesterday, with my guest post.  You have to watch out for us mystery writers; when we start collaborating, you never know what kind of  mischief we’ll cook up, LOL.

While my post (which originally appeared here back in November) dealt with the MacGuffin in mysteries as a general device, Rachel is doing something a little different (and really cool)…but I’ll let her tell you about it.  Take it away, Rachel!

First off, thank you K.B. Owen for being such a gracious hostess and allowing me to muck up your lovely blog, I promise I’ll sweep up the glitter and confetti after I leave.

KBO:  Ooh!  Glitter and confetti?  This gal knows how to give a presentation.

So, here’s the thing, I’ve been on a bit of a tear, upgrading my office, cleaning out and organizing my mother’s things, now that she’s no longer living at our house. And I came across some curious items, which got me thinking about Alfred Hitchcock’s old saw about the “MacGuffin.” Around the same time, I listened to a lecture given by a fairly well known writer who talked about needing a MacGuffin in your story, but he didn’t know what a MacGuffin really was.

This got me thinking about the whole issue and my great gal pal and hostess-with-the-mostest K.B. Owen wrote a great post, “Chasing the MacGuffin” about the history of MacGuffins and how often they show up in mysteries and movies. So I thought I’d elaborate on the subject by defining a MacGuffin and showing you new ways to use them. But here’s a digression, take a look at the following:

Yes, I know theses suckers are long gone, but I want you to take a good look at this, and think about how could this simple cassette tape become a MacGuffin?

Well, first off, simply by introducing it and asking the question: “what is this thing?” is a way to add suspense to your story. You might not realize it, but there is a part of your brain that will nag on this, will want to know what the thing means, even if it is useless.

Lee Child spoke about this at Thrillerfest several years ago, when he gave a lecture titled: “How to Create Suspense and Other Bad Questions.”  He explained that asking how to add suspense to your writing is sort of like asking how do you bake a cake, and that there are ingredients involved and steps to follow. He said the better question ought to be: “how do I make my family hungry?” And his answer was to not feed them for three hours. By asking a question on page one of your book and then not giving the answer until page 300, is how you create suspense. Same works with a MacGuffin on page one, by the end of the book you are dying to know what the hell does that thing mean?

I also came up with an interesting trick, in most big action movies and thrillers, the MacGuffin is usually something we in the audience can perceive to be valuable: it’s the launch codes, it’s the suitcase nuclear bomb, it’s the crown jewels. We immediately see the value of the object and understand why the good guys and the bad guys are chasing after it.

But, lets get a little more creative. How about creating a MacGuffin that has a specific value to one or more of the characters in the story, but at face value looks like it could be valueless, like that cassette tape. Here’s how it works. Say you have a cute young couple walking along the beach, they are so in love, the day is stunning, clear blue skies, rolling clouds, a crystal clear ocean with waves gently lapping on the smooth sand. Our young man is so in love with his girl and so happy with his lot, he happens to look down and sees a cigar ring, you know, one of those bands of paper wrapped around cigars, the smoker took it off and tossed it away. But our young man sees it and picks it up, he looks into his girls eyes and says, “darling, you are the one, will you marry me?” and he offers her this simple, impromptu token of his love and his hopes for their future together. Our girl squeals with glee, kisses our boy and this slip of paper is now embedded with an entire world of meaning and emotion.

Cut to, later that day in the girl’s room, the girl has taken off the cigar band and placed it on her night stand while she goes swimming, and the maid comes to clean the room. What’s going to happen? Will she see the cigar ring and throw it out in the trash? Will she leave it alone? What happens if her mother walks in and sees it? Will she think her darling daughter has taken up smoking stogies?

This is how you can add dimension to your writing, if you have an object that is of value to certain characters and no value to others, or it has various scales of value. The fun here is that you can put your audience in a superior position, if they know the story behind the significance of the object, they are in on the fun when you play around with the object and how various characters react to it.

Okay, you’ve stuck with me this long so, now I’ll explain the significance of the cassette. If you looked closely you see that it says, “Phonemate” on the side. This tape used to live in an old telephone answering machine. Back in the day before digital phones, answering machines used old-fashioned cassette tapes. This tape held the outgoing message on it, and in our case, was recorded by my father. So, this tape still has my father’s voice recorded on it, and my father passed away ten years ago. My mother kept the tape, because it had a little bit of my father still on it. And that’s why I’m keeping it.

I hope this helps you see all the possibilities and stories you can create around an object as simple as a cassette tape or as complicated as a suitcase sized nuclear bomb. What do you think? Do you have any MacGuffings floating around in your books, or your house or office for that matter? What are some of the best uses of MacGuffins in your favorite books or movies?

Again, thank you so much K.B. for inviting me to hang out in your lovely world I promise the next time I show up, I’ll bring cookies.

Show Rachel some love in the comment section below.  Ask her anything.  Really. 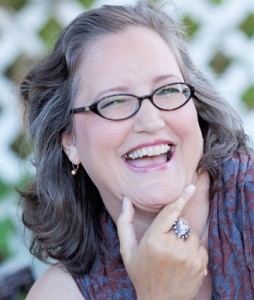 Author Bio: Rachel Funk Heller has been an independent television writer/producer for over two decades and has worked for a variety of industry clients as well as the Hawaii State Department of Education. She is a former CNN producer who worked in both the Atlanta headquarters and Washington, D.C.