Red-Headed, or Red-Handed? 19thc bank robberies in fact and fiction 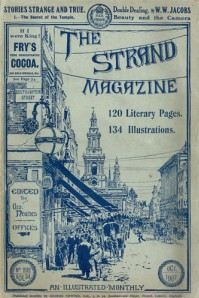 Anyone familiar with the Sherlock Holmes stories has read, or at least heard of, “The Red-Headed League.”  The story was published in The Strand Magazine’s August 1891 issue, and later collected in The Adventures of Sherlock Holmes (1892).

A red-haired businessman, Jabez Wilson, consults Holmes about a curious incident.  There had been an advertisement in the paper by an organization calling itself the “Red-Headed League” looking for red-headed male candidates to fill a well-paying position with light work. Wilson had won the position, and began earning a handsome salary for basically “busy” work (copying the encyclopedia each day).  Since Wilson’s own shop mostly operated in the evenings, with his assistant on hand to take care of anything that came up while Wilson was gone, it was a happy arrangement.  But abruptly one morning, Wilson found a sign stating that the League was “dissolved.”  Not wanting to let go of a good thing, Wilson comes to Holmes to solve the mystery.

Holmes and Watson are amused, but Holmes’ curiosity is piqued, and he agrees to investigate. *SPOILER ALERT*

Holmes deduces that Wilson’s assistant, John Clay, has been digging through the basement wall of Wilson’s shop into the bank vault next door.  Clay had thought up the “red-headed league” scheme as a way to keep Wilson away during the day while he and his cohorts did their digging.  When the work was completed and they were making final preparations to break into the vault, Clay dissolved the league.  Holmes, Watson, Wilson and the police wait in the bank vault for the criminals, and nab them when they come through.

If you’d like to read this story online for free through Project Gutenberg, click on the link below and scroll down to the middle of the page to “Adventure II.”

An outlandish story, yes?  Ah, but wait: in 1874 (15 years earlier), a New York bank experienced a similar incident (without the red-headed part), where crooks attempted to tunnel in to the vault.  Below is part of an account from the New York Times, regarding the scheme of bank robber John Clare (very close to the name Doyle selected for his criminal), along with details of the sharp policemen involved: 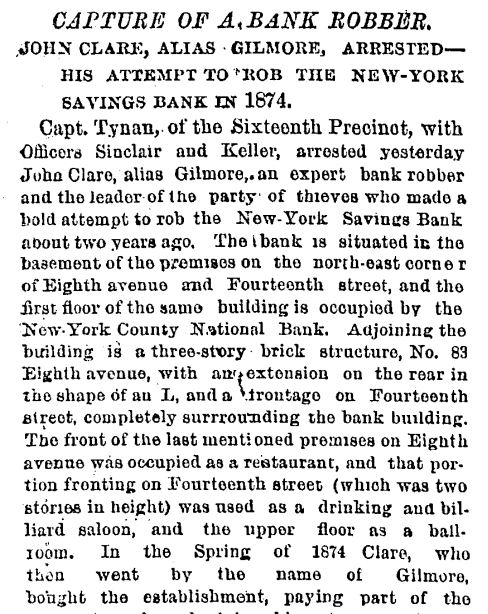 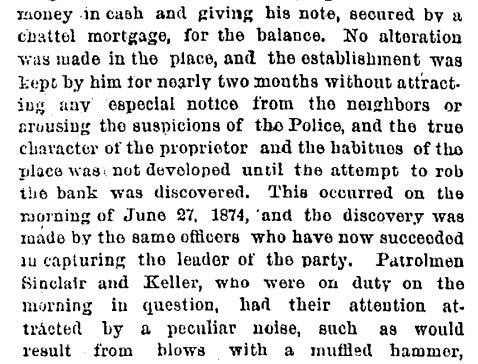 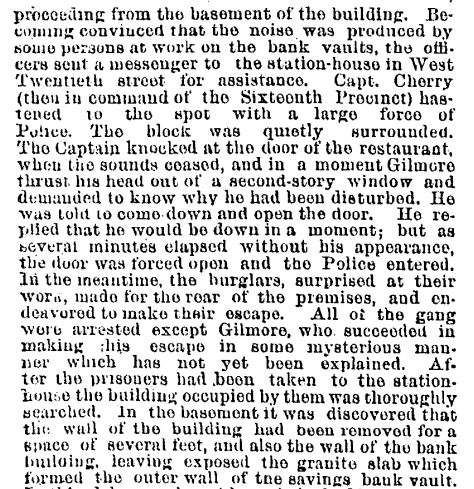 For the rest of the article on the sentencing, and how Clare was eventually captured, click here: New York Times

In my searches, I have yet to find evidence that Conan Doyle based “The Red-Headed League” on any bank robbery incident, but the coincidence is interesting nonetheless.

Are you a Sherlock Holmes fan?  If so, what is your favorite story?  I’d love to hear from you.

5 thoughts on “Red-Headed, or Red-Handed? 19thc bank robberies in fact and fiction”