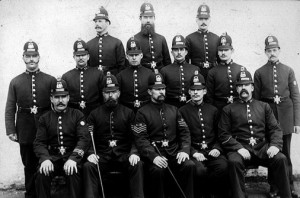 Sometimes the best way to understand a historical period is to take a close look at its challenges and how they were addressed.  Fighting crime may be the biggest challenge of all.

As those of you who regularly follow my site already know, my favorite historical period is the 19th century. And because I’m a mystery writer, I want to understand what it was like to be a policeman in the 19th century, when your best weapons were your fists and your wits. So here are some interesting discoveries I made along the way, specifically regarding the police force of Hartford, CT and the situations in which the men found themselves.  Snippets of the original accounts are presented here in order to convey the ethics, priorities, and humor of the time.  Enjoy! 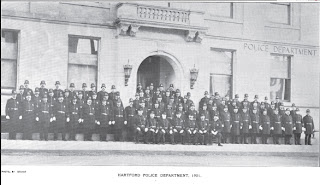 Source information:  Historical Sketch of the Police Service of Hartford, 1636-1901 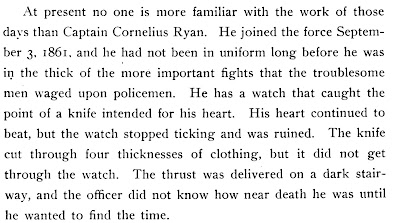 (Gotta love the dry humor of the above passage).

Then there was the time Capt. Ryan was accidentally locked in with the prisoners overnight (the door only opened from the outside, and he was on duty alone).  According to reports, he went into the lock-up room to break up a fight.  Captain Ryan:

And, oh, those pesky females!

The males weren’t the only demographic that posed a challenge for the police: 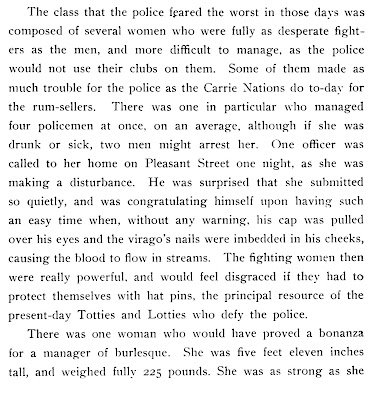 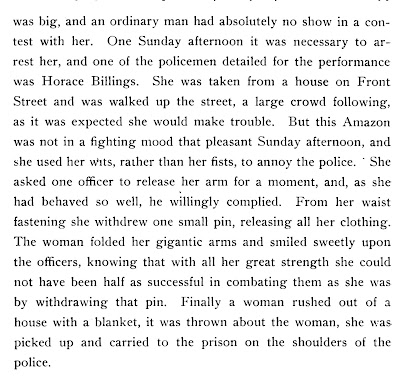 What a rich passage – plenty of favorite phrases to go around (“Amazon” is a worthy contender, don’t you think?  “Totties and Lotties” is another favorite).
Any funny stories of silly criminals you’d like to share? I’d love to hear from you.
Until next time,
Kathy

5 thoughts on “A look back: 19th century Hartford Police”