Well, we missed the June 30th deadline for submitting long-winded prose loaded with hackneyed, trite expressions, otherwise known as the Bulwer-Lytton Fiction Contest (they haven’t announced the 2014 winners yet, so maybe you can slip in your entry).

The contest was named after Victorian novelist Edward George Earle Lytton Bulwer-Lytton, 1st Baron Lytton, (1803-1873). His writing style reflected the triple-decker novel conventions of his time: excessive, flowery prose riddled with sentimentality and melodrama.  Our slang term for it is “purple prose”:  that which is excessively descriptive, and/or aiming to manipulate sentiment in the reader in an exaggerated manner. To read more about Bulwer-Lytton and the contest, click here for my earlier post.

Since there are no announced winners yet for 2014, let’s get to a sampling of the winning entries (including “Dishonourable Mentions”) from 2013. Sometimes it’s good to be bad!

From the historical category:

General Lee arranged for the dreaded surrender, yet capitalized on his opponents’ weaknesses to the very end, striking a tiny parting blow for the Army of Northern Virginia (chuckling to himself) as he remembered from Academy days how many Union commanders had struggled with spelling even common words, and so ran his finger along the map and settled on Appomattox. ~Randal Pilz, Milton, FL

And here are two of my faves from the “purple prose” category:

He had a drink in his hand and a hole in his heart, a hole big enough to drive a Honda Odyssey minivan with satellite linked navigation and a multi-angle rearview camera down the anterior vena cava, execute a three-point turn at the atrioventicular valve (thanks to the rear view camera), then exit the pulmonary artery without ever once scraping the Celestial Blue Metallic finish that comes standard on the EX-L. ~Mark Schweizer, Tryon, NC

He had a way with women that was at first endearing, then gradually engendered caution and finally outright rejection, like potato salad at a summer picnic. ~Paul Sutcliffe, Pittsburgh, PA

Want to see a spoof story of mine, written in the purple prose style? Here are the first two paragraphs: 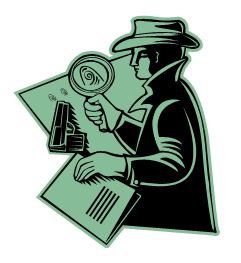 “A Date with Death”
by Mickey “Quick Gun” Marlowe, P.I.

She had legs that could stop a freight train, and not some pokey, lumbering CSX kind of train, either. More like one of those super-sleek, Japanese bullet trains. Those silky gams of hers went all the way up to her – well, where legs usually stop, you know – and then they went right back down to rest in a pair of glistening black patent-leather what’s-your-hurry-bad-boy stiletto heels. I let my eyes travel up and down those legs a few times, just to make sure I knew their destination.

Her flaming cherry-red lips – red like the tip of your finger would look if you carelessly caught it in the deli-slicer behind the meat counter – framed a gleaming set of pearly whites that she flashed my way, sure to make a man weak in the knees and grovel like a Mexican bad-guy from one of those grade B westerns when he’s about to die.

If you want to torment yourself with the entire story, click here; it’s guest-posted on Laird Sapir’s site (and yes, she’s still talking to me). 😉

Have you read or written purple prose? I’d love to hear from you.