Is the Map Upside Down? A ROW80 check-in

Any chronic plotters out there?

When I plan a story, I make outlines, and outlines of outlines. I color-code, draw story arcs, reorder scenes, and so on.

Maybe it’s an occupational hazard for mystery writers, because we have to plant the clues, the red-herrings, and the obstacles. We need to know “whodunnit” (or at least, “who-coulda-dunnit”) ahead of time.

Yet inevitably, during the fever of the first draft as I’m doing dastardly things to my characters, I end up chasing them down rabbit holes of their own creation. Honest, the critters can really get away from you.

So I go with it, play around with the ideas that spring up during the writing process, and see what will happen. It’s sort of a plotter/pantser hybrid. It’s fun, and I’ve gotten terrific ideas from it.

Ah, but then we have to edit draft #1. That bad boy barely resembles the well-behaved outline Little Miss Historical Writer originally came up with. Neener-neener.

What’s a plotter to do when her creation goes rogue? I’ll tell you what I did in a minute. It’s time for my ROW80 check-in! 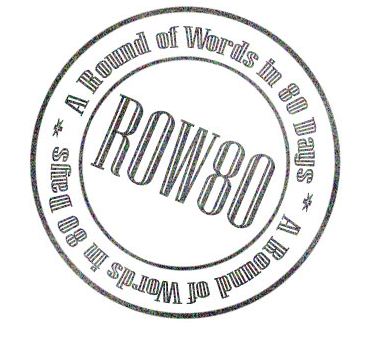 So, how did I do this week?

1. Post twice per week on my blog: a ROW80 check-in on Sundays, and an original post mid-week. During my blog tour, my total weekly count will actually be three times per week, as I’m scheduled to guest post twice a week through the beginning of March.

Done! The blog tour seems to be going strong. This past week, mystery writer Nancy Lauzon threw a Book Shower for me (instead of a bouncing baby, it’s a new book), and I guest-posted at mystery writer Margot Kinberg’s place about the modern film portrayals of Dr. Watson. Lots of fun!

2. Send out three new email requests per week to book reviewers who have indicated they are available and interested in reviewing books in my genre (mystery).

Actually, I sent out 30! I decided to check my email list of people who had said they were a) going to read my novel; b) started my novel; or c) finished my novel. I sent individual and small group requests, crafted toward the people in question, explained the problem, and made my request. I’ve received very supportive and positive feedback, so I don’t think I’ve offended anyone. I was hesitant to do it for that very reason. So I’m taking this off my goal list, and will just keep my eyes open and ask when appropriate.

4. Write and publish three SocialIn posts during this 80-day period.

Published a SocialIn post two weeks ago about 19th century sledding. I’m still getting the hang of it. I was originally shooting for another SocialIn post in mid-February, but I’m not sure that’s going to happen. We’ll see.

Okay, so we’re back to the topic of dealing with my sprawling first draft. My answer? A reverse outline (or perhaps more accurately, a flowchart). I’ve been going scene by scene through my first draft and condensing each into a tagline, a “who” and a “why,” and color-coding it according to my plot/subplot story lines. This way, I’ll get a big picture look at it once again, and see where the dead ends are. I’m nearly done writing the excerpts, then will lay it all out on a big board.

That’s it from second-draft-land. How do you get a big picture perspective when things get complicated? (this applies to anyone, not just writers). I’d love to hear from you!

Join me at Confessions of a Mystery Novelist!
Ghostbusting at Bayard and Holmes
©2022 K.B. Owen, mystery writer— All Rights Reserved
website by Memphis McKay