Miss Marple rivals Hercule Poirot as Agatha Christie’s most famous fictional detective.  An elderly spinster living in a tiny village in England called St. Mary’s Mead, Jane Marple’s primary occupations are knitting, trading gossip, and armchair detection.  She first appeared in a 1927 short story, “The Tuesday Night Club.”  Her first novel appearance was in 1930 – The Murder at the Vicarage. 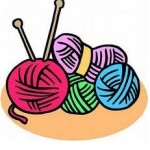 Miss Marple’s appeal:  we can’t all be superheroes.  Jane Marple doesn’t tramp through woods in search of footprints, magnifying glass in hand, or wrestle bad guys to the ground (she’d probably break a hip).  Perhaps she shows us that we can do extraordinary things by understanding people, being observant, and using one’s brain.

Not surprisingly, the detective has been portrayed in numerous t.v. series, most notably on PBS.  Margaret Rutherford, Joan Hickson, and Geraldine McEwan have each portrayed the sharp little old lady.  Disney is planning a film with Jennifer Garner as Miss Marple…hmm.  Maybe in 30 more years.

Just for fun: a parody of Miss Marple, Matrix style:

M) Velma and Fred: this is perhaps a matter of some debate, since Shaggy has an uncanny knack for sitting on the right rock that pushes the lever that opens the secret room, and Daphne inevitably falls into a hole and winds up discovering a clue.  Batman and Robin were pretty clever, of course, but not nearly as cool as the Mystery, Inc gang.

3. True or False: Sherlock Holmes was once bested by a woman.  True.  In the story “A Scandal in Bohemia,” opera singer Irene Adler outwits Holmes and manages to flee before he realizes that she was on to him.

4. True or False: one of the classic British detectives wore a monocle.  True.  Dorothy Sayers’ creation, Lord Peter Wimsey, wore a monocle at times, though it was more of an affectation.

I) Sam Spade in The Maltese Falcon, both in the film and in the book.