Mystery Author Nancy Lauzon, the “Chick Dick,” is in the house!

Happy Friday!  I am so excited to welcome Nancy Lauzon, writer of the Chick Dick Mysteries, as my guest blogger today.  Nancy and I first “met” online after I posted a piece about Nancy Drew.  She pointed me to several other cool resources for the Girl Detective, and we’ve been keeping up with each other ever since.

Nancy has a terrific new mystery just released (which I started reading on my Nook, and Nancy I blame you for being so sleepy this morning, I was up WAY too late reading it last night, LOL!).  She’s doing a tour of mystery blogs to get the word out!  Today she’s here to talk about the ideal “resume” for an amateur sleuth; how cool is that?

Thanks for picking this blog among your stops, Nancy, and good luck with sales of the book! 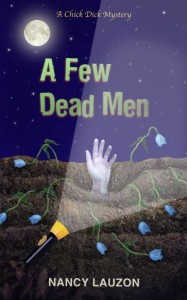 Life has dealt part-time mystery novelist Darcy MacDonald a lousy hand. The men she knows are either missing, dead, drunk or demented.

Lying next to the corpse of her boyfriend, the head of Bloodhound Investigations, definitely qualifies as lousy since he’s the man who also issues her paychecks.

The doctor says her boss had a massive heart attack during an orgasm, and it wasn’t Darcy’s fault. But she can’t help feeling guilty, since his orgasms were her responsibility. Or so she believed, until his grieving widow shows up, along with a mysterious, punk rocker chick who weeps inconsolably at the funeral and claims he was murdered.

My latest mystery novel, A Few Dead Men, was inspired by my youngest daughter’s disastrous dating history. The ‘dead men’ in the novel are composites of every boyfriend and/or bad date my daughter ever had. Believe me, I had lots of material to choose from. In fact, I didn’t have room for all the ‘dead men’, since I didn’t want to go over my word count.

This book raises several questions: Who exactly are dead men, metaphorically speaking? How did they become dead? Are there more dead men than live men? If not, where do you find live men?

But the book is also about a young woman compelled to solve the mysteries around her, like her favourite amateur sleuth, Nancy Drew. She doesn’t go about it in exactly the same way.

What does it take to become an amateur sleuth? If you were to write a resume for the perfect amateur sleuth, what would you include?

One of the most famous amateur sleuths, Nancy Drew, was the inspiration behind the Chick Dick Mystery collection. For Nancy, sleuthing was a full-time occupation, for which she didn’t get paid. She loved solving mysteries and righting wrongs. In order to be an amateur sleuth, you have to love what you’re doing.

The heroines of the Chick Dick Mysteries are compelled to solve the mysteries in their lives for personal reasons, but they’re surprisingly good at it, considering they don’t have the experience Nancy Drew has.

Certain skills and abilities are important if you want to be a sleuth. Like being inherently nosy. The best sleuths are very observant, and aren’t above eavesdropping on other people’s conversations. They have a way of talking to witnesses and suspects that allows them to gather information that could turn into important clues. And they’re often logical thinkers, using the art of deduction to solve the mystery.

Darcy, the heroine of A Few Dead Men, works for a private investigation agency, so she has access to a lot of information other people may not have. And she’s learned a lot from the detectives she works for. She’s also an avid Nancy Drew fan. Maybe she’s no Sherlock Holmes, but her weaknesses make her interesting, compelling and likeable.

Next stops on my Blog Tour:

I’ll be visiting Lelia Taylor, a former bookseller of mystery, science fiction, fantasy and horror. On this last stop of the tour, I’ll talk about why I think A Few Dead Men is my favorite book so far.

A Few Dead Men – a Chick Dick Mystery is available at the following online retailers: 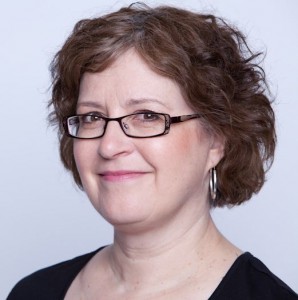 Nancy Lauzon worked nine years on a hospital ward as a cardiac nurse before the night shifts turned her into a zombie. She got a day job in health promotion and began to write health-related articles for magazines and newsletters.

Life threw out a few curve balls, and to relieve the stress, she began to write fiction part-time. Five years later she sold two different manuscripts to two separate small-press publishers, using a pseudonym. She left nursing in 2003 and began to write full-time.

Friend her on Goodreads

12 thoughts on “Mystery Author Nancy Lauzon, the “Chick Dick,” is in the house!”