This election day, thank the suffragists

With election day coming up  in the United States, my thoughts are turning to a woman’s right to vote. We are so accustomed to any U.S. citizen being allowed to cast a ballot that it’s difficult to conceive of parts of the world where that still isn’t the case. There’s an interesting story from last year’s post about how the amendment was finally ratified, if you’d like to check it out: a woman’s right to vote.

The suffragists sacrificed a great deal in order to agitate for change. It was a long, hard road that began with the Seneca Falls Women’s Rights Convention of 1848 and continued on until the 19th Amendment was ratified in 1920. If you’re curious about the Seneca Falls Convention, click here for my page on the subject.

Much of society, including women, resisted the idea of female suffrage. People made all sorts of dire predictions if women got the vote: “petticoat rule” would ensue; women would leave their children and their kitchens to meddle in men’s affairs; women would then make “unreasonable” demands for rights in other areas of their lives.

Just to give you an idea of the attitudes the suffragists were up against, here are two pictures from a widely-circulated handbook on “Household Tips” (date unknown, probably 1914-19): 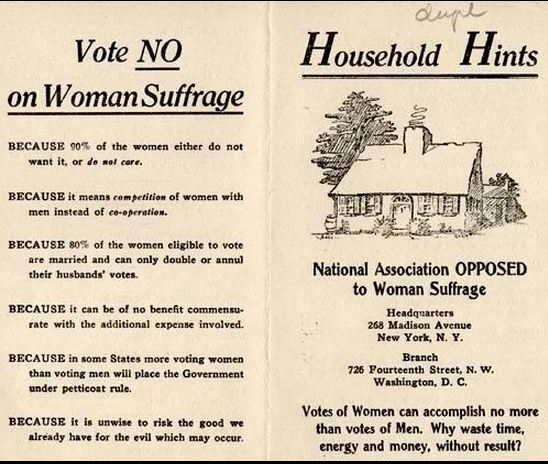 Here’s the inside of the pamphlet: 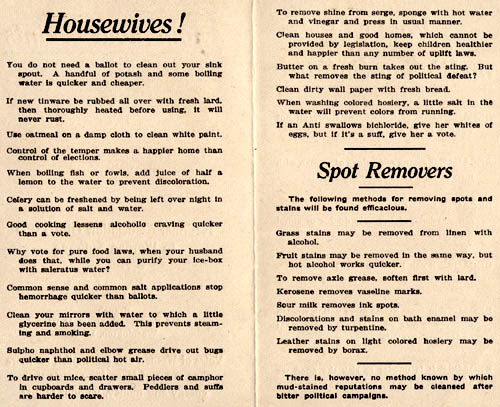 What a zinger: “You do not need a ballot to clean out your sink spout. A handful of potash and some boiling water is quicker and cheaper.” Wow.

The women’s suffrage movement gained ground during World War I, and activists suffered greatly for their cause during this time. They were mocked and spat upon as they marched; they were arrested and jailed; they were beaten and force-fed through the nose when they went on hunger strikes in prison.

One night, in 1917, Lucy Burns (an oft-arrested activist) and her fellow activists endured what has been termed the “Night of Terror” in the Occoquan Workhouse in Virginia. They were beaten by the guards who then withheld any medical attention for their injuries. To keep their spirits up, Lucy conducted a roll call of her fellow women suffragists and would not stop, despite the guards’ threats. They handcuffed her hands above her head to the cell door and left her that way all night. I’ve not been able to confirm it with additional sources, but one version of the story goes that her fellow activists showed their solidarity with Lucy by assuming the same posture and enduring it along with her in their separate cells. On another occasion, Lucy went on a hunger strike and was force-fed so violently that she had severe nosebleeds.

What the suffragists endured became widely known after their release, and the public outrage over women being treated so harshly for peaceably conducting marches and holding signs helped to fuel their cause. The experiences took their toll on Lucy Burns, who retired from public life as soon as the amendment was passed.

Struggle at the Workhouse

General info on the suffrage movement:

What piece of history moves you and influences your life? I’d love to hear from you. 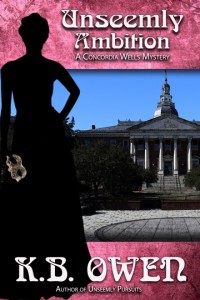 14 thoughts on “This election day, thank the suffragists”