Tuesday Terrific: A mashup of inspiration! 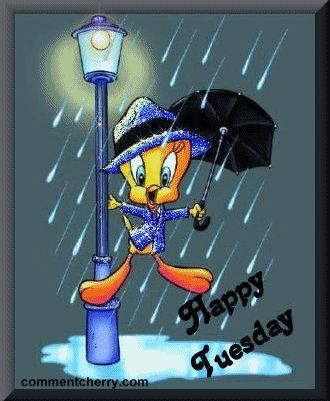 Welcome to “Tuesday Terrific” – a new series of posts that celebrate getting over the Monday bump and picking up speed for the rest of the week!

Tuesday actually gets its share of the limelight:  there’s “Fat” Tuesday, “Super” Tuesday, “Two-for” Tuesday, “Taco” Tuesday…and two songs about Tuesday:  “Ruby Tuesday” by the Stones, and “Tuesday Afternoon” by the Moody Blues.

Today’s “Tuesday Terrific” brings you a mashup of things to inspire you, in whatever you want to do.

Want to be fierce?  Try the “Haka”

I’m thinking maybe I should start my writing mornings this way… What do you think?

Want to get off your butt and do something?

Try a change in your thinking.  Take a look at this post from Psychology Today.

Want to deal better with adversity?  Here are others who have done so:

Martin Luther King, Jr. is a timely example.  Here is my favorite piece of his:  “A Letter from Birmingham Jail.”  I wish I could write this eloquently.  It was indeed written while King was jailed for a peaceful protest in Birmingham; he composed a rebuttal of an editorial letter from local church leaders who objected to the protests of King and his group, writing it right along the margins of the newspaper on which it had appeared.  The jailers had shown King the article as a taunt.  Very little of the original was changed before it was later typed up by his secretary.

“There comes a time when the cup of endurance runs over, and men are no longer willing to be plunged into an abyss of injustice where they experience the bleakness of corroding despair.” (MLK, April 16, 1963)

Randy Pausch‘s “Last Lecture: Achieving Your Childhood Dreams” (it’s over an hour long, so feel free to skip around, or come back to it later):

…and finally: Want to laugh?

Here’s a clip of John Branyan’s recounting of “The Three Little Pigs” – Shakespeare style! I think you’ll like this one!

What do you think is terrific about Tuesdays?  What inspires you?  I’d love to hear from you!

11 thoughts on “Tuesday Terrific: A mashup of inspiration!”