If one were to ask any proper late-nineteenth century lady what she would need in order to conduct a little unorthodox sleuthing, she might list the following:

1. a dark gown of quiet fabric, perfect for night-time reconnoitering;

2. a parasol, for defending oneself against a belligerent witness;

3. a petticoat (second-best, of course), for ripping into strips when preparing to break a window in an emergency;

4. clues: an eyebrow raised, a sigh, a startled flush…even the slightest of these will not escape her eye;

5. a bracing cup of tea, to fortify one’s courage before confronting a suspect in a lonely tower at midnight.

6. a dessert table, where our lady sleuth can congregate with potential witnesses or suspects. Sweets are sure to coax even the most reticent to drop one’s guard.

When I thought about it, I realized that my Concordia Wells series really does have a fair amount of eating going on: dances, teas, picnics…wow, who knew?

And of course, Concordia has a special fondness for desserts. So I’m submitting two for the cookbook: a Charlotte Russe and a pumpkin creme brulee.

Charlotte Russe is a 19th century dessert, created by a French chef in honor of his Russian employer, Czar Alexander I (hence the “russe”). There is some disagreement about the “Charlotte” part of the name: some say it is for the czar’s sister-in-law, Queen Charlotte, and others say it is a corrupted form of charlyt, an Old English term for a custard dish.

There are many variations of the dessert, but most of them involve custard, lady fingers, liquor, and fruit. New York bakeries in the 19th century created a “to go” form of the dessert, with sponge cake, custard, and a maraschino cherry on top. It was put in a push-cup that folks could carry around and eat from.

You know I had to test it out, right? Here’s my version of Charlotte Russe: 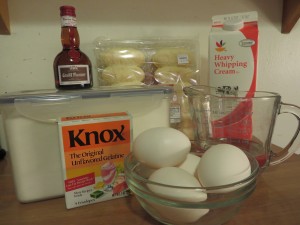 Cook gelatin and water mixture on low heat until gelatin is dissolved; remove from heat to cool a bit.

Meanwhile, beat sugar and egg yolks until incorporated and smooth. Whisk in liquor.

Whisk in gelatin until incorporated into the egg yolk mixture. 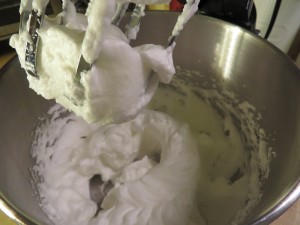 In a separate bowl, beat egg whites until stiff (don’t overdo it; you don’t want them to be dry). Fold egg whites into the egg yolk/gelatin mixture.

In a separate bowl, beat whipping cream into soft peaks. Gently fold into the rest.

Line a glass bowl (3 qt size) with lady fingers (split them first, nice sides facing out). Fill gently with the cream mixture, being careful not to dislodge the lady fingers. 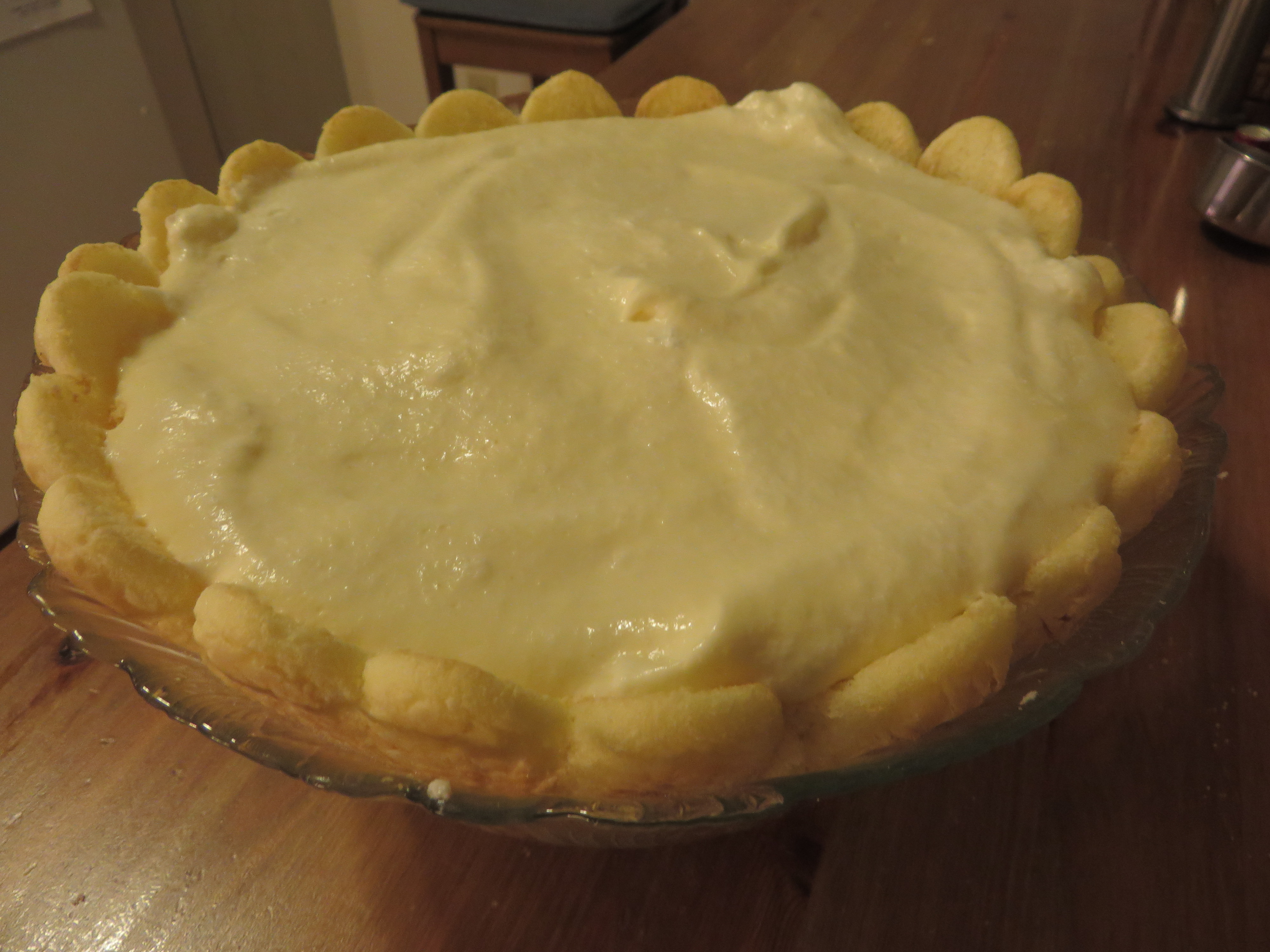 If desired, garnish with fresh fruit just before serving. 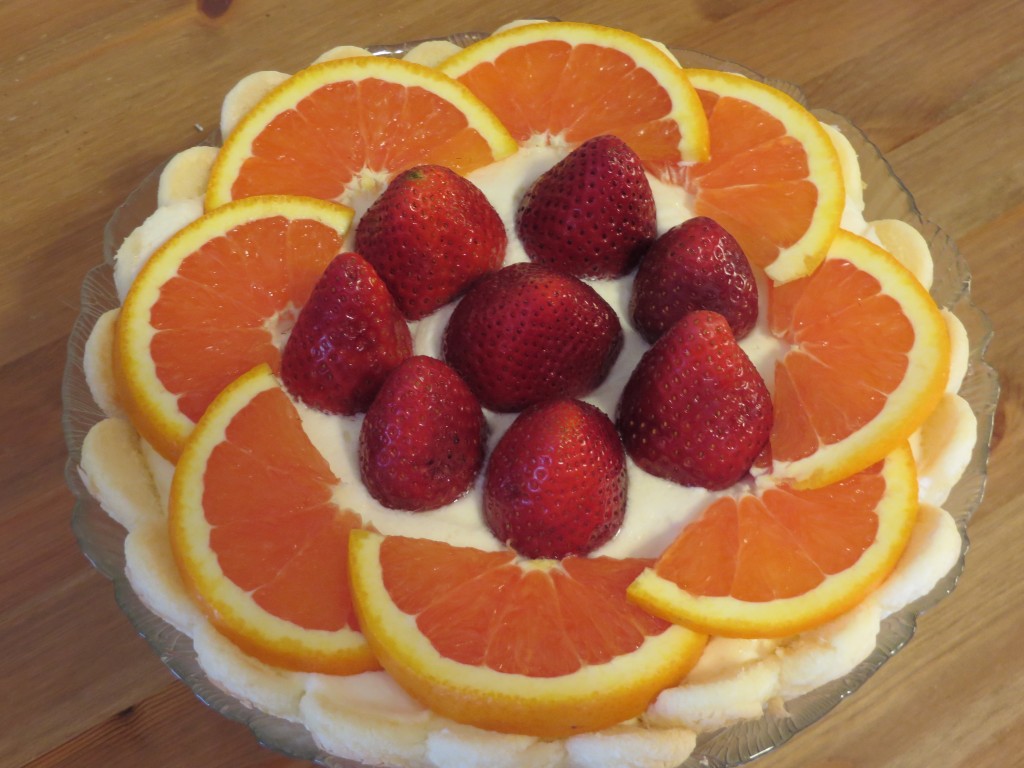 I hope you’ll give Charlotte Russe a try! Do you have a favorite dessert from a novel you’ve read?  I’d love to hear from you.

12 thoughts on “What a Lady Sleuth Needs: clues, corset…and dessert!”