Okay, so it’s a made-up holiday (sponsored by the National Confectioners Association), but what’s not to love about celebrating that iconic summer treat, toasted marshmallows? The history of the marshmallow is pretty cool, too.

Marshmallows were originally made from the root of the Marshmallow herb, also known as Althaea officinalis. The Egyptians made candy/cakes from it, mixing the sap with honey and grains. One source says the Egyptians reserved such a treat for the gods and that everyone else was forbidden to eat it, but I have not been able to confirm that with other sources.

The sap of the Marshmallow root was long known to soothe sore throats, and the Greeks and Romans used it medicinally as both a liquid and lozenge. It was the French who finally turned it into a candy in the early 19th century, whipping it to an airy consistency. However, extracting the necessary sap from the Marshmallow plant was time-consuming. Only small, local sweet shops prepared it, mixing small batches by hand.

Our commercially-produced marshmallows bear little resemblance to these earlier confections. Once it was discovered (late 19th century) that gelatin and egg whites could substitute for the consistency provided by the Marshmallow root sap, the marshmallow no longer had Marshmallow in it.

Nonetheless, many people enjoy our modern-day marshmallows, and it’s nice to see that vegan and kosher varieties are now more widely available. An occasional fluffernutter sandwich, rice krispy square, MallowCup, or smores beside a campfire can be a fun treat, right? 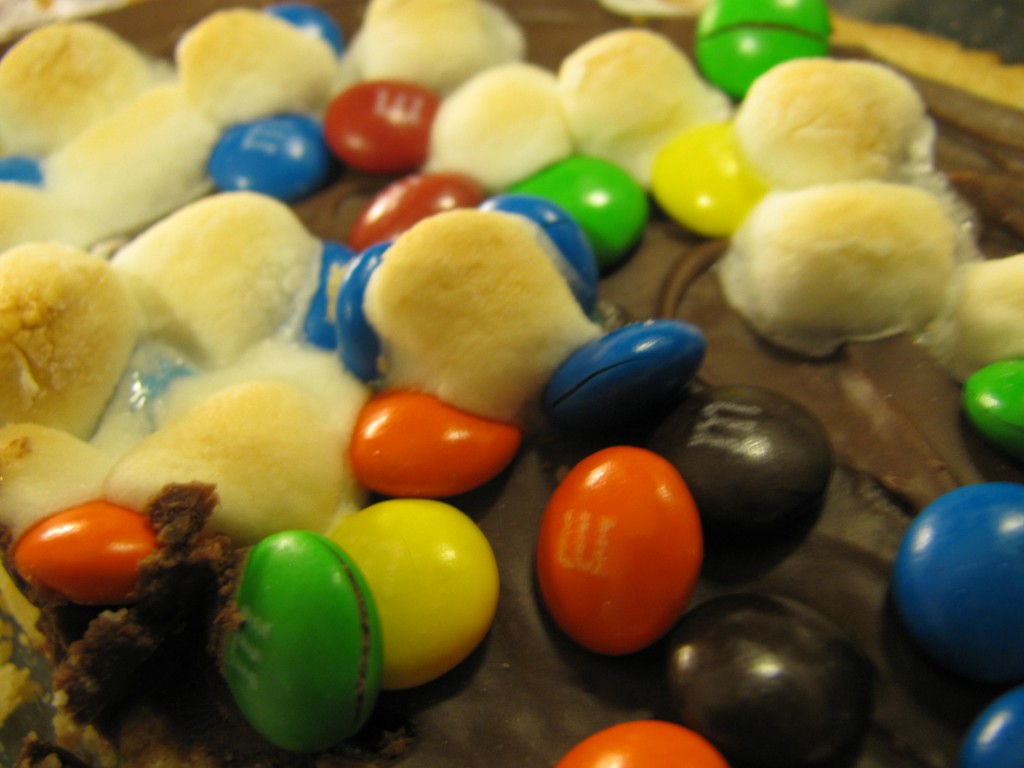 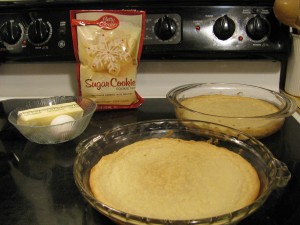 1. Preheat oven to 375 deg F, or per sugar cookie baking instructions.  Divide dough, and press into 2 ungreased pie pans.  Bake for 10 minutes, or until golden.  Cool.

2. In either a saucepan on the stove or in the microwave, melt chips and sweetened condensed milk until smooth and blended.  Spread over crusts.  Sprinkle with remaining ingredients.

Bake 4 minutes, or until marshmallows are lightly toasted.  Cool and cut into wedges.

Want to read more about marshmallows?

Wikipedia: Marshmallow (includes a video link as to how marshmallow was made from the root)

The History of Marshmallows

Do you enjoy toasting marshmallows, or using them in a recipe? I’d love to hear from you.