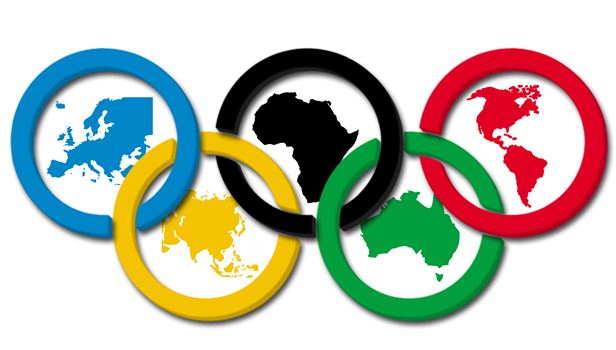 Olympic fever is going strong right now, with the Summer Games in full swing in Rio. There’s something wonderfully ironic about lounging on a sofa, chowing down on Cheetos, and staying up past one’s bedtime (making the next-day’s early-morning walk unlikely) in order to watch dedicated athletes strain every muscle and sinew to earn the designation of Olympic champion. But hey, there’s no judging here. Pass me the Fritos. *wink*

Most of us learned in school that the Olympic Games go way back to the 8th century B.C. Of course, it hasn’t been going on continuously since then. There was a lengthy dormant period after the Romans invaded Greece, which pretty much lasted until the Greek war of independence from the Ottoman Empire in the early 19th century. The Olympic Games were revived in fits and starts during the 19th century, but really didn’t have any momentum until 1894, when the first International Olympic Committee (IOC) was formed, sports societies in eleven countries were courted, and the host city of Athens was selected for the 1896 Summer Games. The Greeks in particular were delighted, and the Greek royal family gave their blessing.

Greece during this time was suffering from financial and political instability. The position of prime minister alternated frequently between two men during the last decade of the century, and the IOC was so over budget that the committee predicted the cost of hosting the Games would be triple the original estimate and therefore impossible to raise. Members resigned.

Enter Crown Prince Constantine, who assumed the presidency of the IOC and put out an appeal to the Greek public for money. Between royal donations, public contributions, the sale of commemorative postage stamps, and ticket sales, they were able to come up with the needed funds.

There were still penny-pinching measures, of course. The swimming events had to be held in the cold Bay of Zea because Greece couldn’t afford to build a stadium swimming pool. The sailing races were canceled because not all of the boats had proper embarkation points available. There was no Olympic Village for athletes (the first one was 1932). Competitors had to find their own lodging.

Other interesting bits of info about the 1896 Summer Games:

Are you following the 2016 Olympic Games on television? Do you have a favorite sport? I’d love to hear from you.

8 thoughts on “It almost didn’t happen: the 1896 Summer Olympics”