Guest post by Kass Lamb: Criminal Minds and the History of the FBI

Hi everyone! I’m pleased to be hosting mystery author Kassandra Lamb today, who has some fascinating info about the FBI to share with you today. Enjoy!

Criminal Minds and the History of the FBI

Criminal Minds is a favorite TV show in our household. My husband likes it because the interaction of the characters reminds him of the teamwork he experienced during his working years at another government agency. I like the psychology involved (for the most part; sometimes they get something wrong).

About a year ago I was telling hubs about a new book idea–a therapist is kidnapped from her office by a serial killer. He said, “You should get the BAU involved.”

Of course! Because in real life they would be involved in such a case. How cool would that be to write a book about my favorite FBI agents in the Behavioral Analysis Unit? So I set out to do some research, and discovered some very interesting stuff. (And I also wrote the book! See below.)

First, there are some things in the show that aren’t really true about the FBI. The BAU does not have it’s own private jet on standby to fly them to Small Town, U.S.A. where they will be provided with a fleet of black FBI-issue SUVs at a moment’s notice. I’m not faulting the show’s creators here; there are certain things you do for the dramatic impact.

I also found some fascinating tidbits about the history of the agency and its infamous first director, J. Edgar Hoover. Did you know that he was appointed director of the agency before it was even called the Federal Bureau of Investigation? And he was only 29 years old at the time.

What’s so Special about Special Agents?

The agency dates back to 1908. Prior to that date, the U.S. Attorney General had periodically assigned individuals to conduct “special” investigations. Thus, they were called “special agents.” To this day, an FBI agent has the title of Special Agent.

In 1908, then Attorney General Charles Bonaparte reorganized these agents, plus several newly hired investigators and bank examiners, into a “special agent force,” which was dubbed the Bureau of Investigation.

Another interesting tidbit–the badge numbers are recycled. When an agent retires, his badge number is reissued to a new recruit.

J. Edgar Hoover was named interim director in 1924, at the tender age of 29, and was made director the following year. He continued in that role for 48 years until his death in 1972, serving under eight U. S. Presidents. 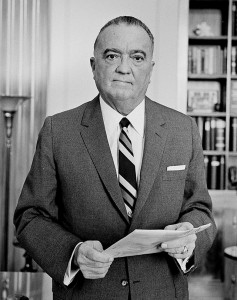 Just before his death, and even more so after it, J. Edgar Hoover became a very controversial figure. It came to light that he had used unauthorized wiretaps and other illegal means to amass information about political leaders and private citizens whom he deemed subversive.

In addition to the illegal wiretaps, his pet project, the covert program called COINTELPRO (Counter Intelligence Program) infiltrated organizations and they were not above planting bogus evidence of wrongdoing and spreading false rumors.

One of Hoover’s most notorious acts was to instruct an FBI agent to write and send an anonymous letter to Martin Luther King, Jr. The letter was supposedly from a disgruntled follower who had discovered King was having extramarital affairs and threatened to expose all if King did not commit suicide.

In 1971, shortly before Hoover’s death, the activities of COINTELPRO came to light and the program was ended.

From the 1940’s on, rumors flew that Hoover was gay and that he and his assistant, Clyde Tolson, were lovers. This may have been the case, but many historians and biographers believe the claim that he was seen cross-dressing at gay parties to be false. The source of this rumor has been deemed unreliable, and such indiscreet behavior would have been out of character for this man who used scandal and rumors to ruin others on a regular basis.

Nonetheless, the belief that Hoover was a cross-dresser persists today. Which is a scary reminder of how easily misinformation can become solidified in the minds of the American people.

Despite Hoover’s massive overstepping of authority, he is credited with turning the FBI into a premier law enforcement organization. He modernized police investigation and forensic techniques and established a centralized fingerprint database.

The FBI department that contains the BAU is the National Center for the Analysis of Violent Crime (NCAVC), established by President Reagan in 1984. There are four Behavioral Analysis Units total, two of which are dedicated to the investigation of violent crimes against children and against adults.

Unlike on the TV show, the BAU is not an elite team of profilers who fly all over the country. There is no official position per se of “profiler” in the FBI. All members of the BAUs are fully-qualified FBI agents (i.e., trained as law enforcement officers) who happen to use psychological profiling, among other skills, in the apprehension of violent criminals.

The FBI/BAU may become involved in a case if the local authorities request their assistance, if the criminal involved is already on the FBI most wanted list, or there is evidence that a criminal has crossed state lines (which is the case in my book, Fatal Forty-Eight).

When they do assist on a case, it is often done from afar. BAU agents in Quantico, Virginia consult by phone and the Internet with local authorities. In addition to profiling the criminals, they may provide suggestions for investigative, interviewing and prosecution strategies, plus a host of other services designed to help law enforcement agencies apprehend and prosecute violent criminals. BAU agents going in person to the locale where the crime was committed does happen, but it is not the most common practice.

Another important program under the NCAVC is the Violent Criminal Apprehension Program (ViCAP). It is a computerized database that compiles and compares information on violent crimes committed around the country. Created in 1985, the data was only available to some law enforcement agencies until 2008, when it became fully accessible by all state and local police forces.

The power and reach of the FBI can be a little scary at times–may we never again see the abuses that occurred under Hoover–but the agency’s ability to put together the pieces and solve crimes is unparalleled.

Please check out my new book, and then talk to me in the comments. Are you a Criminal Minds fan? What other crime shows do you like? 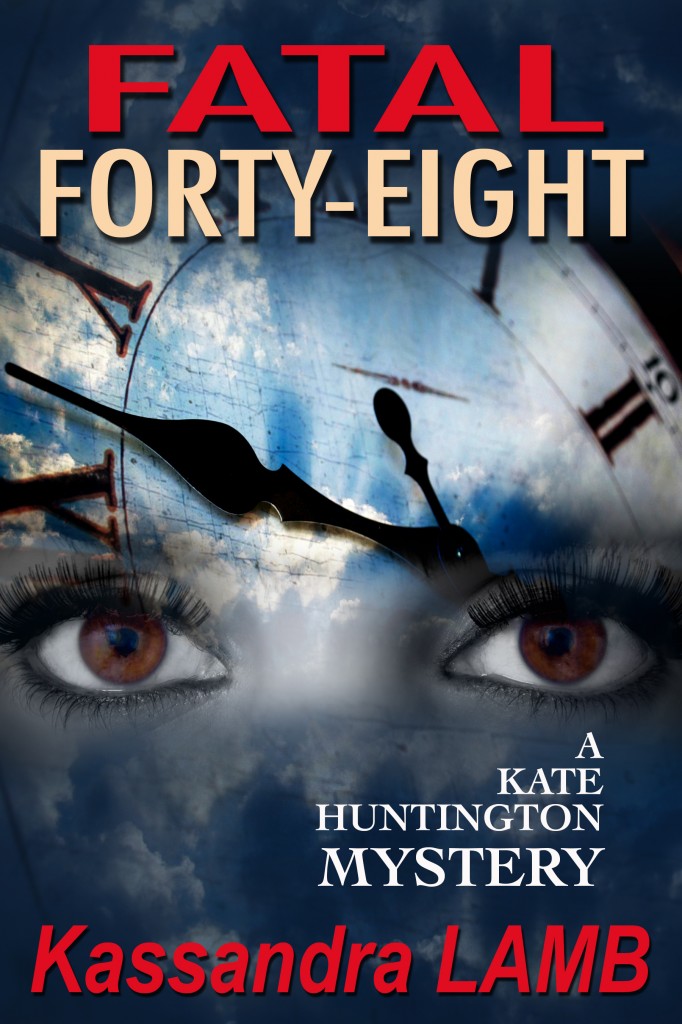 Celebration turns to nightmare when psychotherapist Kate Huntington’s guest of honor disappears en route to her own retirement party. Kate’s former boss, Sally Ford, has been kidnapped by a serial killer who holds his victims exactly forty-eight hours before killing them.

With time ticking away, the police allow Kate and her P.I. husband to help with the investigation. The FBI agents involved in the case have mixed reactions to the “civilian consultants.” The senior agent welcomes Kate’s assistance as he fine-tunes his psychological profile. His voluptuous, young partner is more by the book. She locks horns out in the field with Kate’s husband, while back at headquarters, misunderstandings abound.

But they can ill afford these distractions. Sally’s time is about to expire.

Also, check out my contest! Win a $20 Amazon gift card, a silver charm or key chain (winner’s choice) and a signed paperback copy of any of the Kate Huntington full-length novels (again, winner’s choice). Contest runs until December 5th. Click here for more details, and to sign up to win!

Some other interesting articles:

Thanks, Kass, for stopping by! We always learn such cool stuff from you.

13 thoughts on “Guest post by Kass Lamb: Criminal Minds and the History of the FBI”