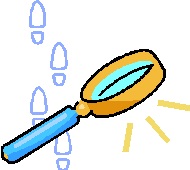 But there’s more “mystery” to it than just my novel.  Since I can never resist a good puzzle – and I have a prize to give away! – I’ve set up a little clue-collecting activity for you guys.  I’ll draw a name from the correct answers to the puzzle below, and the winner will receive a free ebook of my debut novel, along with a $25 gift card of your choice to one of the following: Amazon, Barnes and Noble, or Starbucks!  Yay!  I love giveaways!

You have received a partial telegram, stating that the murdered body of Sir Reginald “Good Riddance” Crenshaw, your long-lost third cousin (twice removed) has been found.  However, the rest of the message has been lost, scattered and garbled along a trail of multiple telegrams to other people by a drunk clerk at the telegraph office.

Before you can make a claim upon dear Reggie’s ill-gotten wealth, you must establish the particulars of the murder.  Where was he found? What was he killed with?  And, most importantly, WHODUNNIT?

Here’s what you do:

Visit each website on the book launch tour (see sidebar for schedule).  A mystery trivia quiz question will appear at the end of the post.  Each correct answer will give you the alphabet letters you need.  You want to solve 3 puzzle pieces: which ROOM, which WEAPON, and which SUSPECT.

You’ll collect the first four letters pertaining to the ROOM, from the sites of Elizabeth Craig, Janice Hamrick, Jill Edmondson, and Margot Kinberg.  Unscramble them, and you’ll learn WHERE poor Sir Reggie met his bitter end.

The Rooms (abbreviated codes in parentheses):

Okay, we know where Reggie was dispatched, but what was he killed with?  Nancy Lauzon, Renee Schuls-Jacobson, Julie Glover, and Jenny Hansen have the clues to the WEAPON.  Collect a correct answer letter from each of these four ladies, and you can unscramble them to reveal the weapon used to commit the dastardly deed.

The Weapons (abbreviated codes in parentheses):

So now we know where and we know with what, but who was the culprit?  Who hated Sir Reggie so deeply as to commit murder?  Rachel Funk Heller, Laird Sapir, and I will have the final letter clues for you.

The Suspects (abbreviated codes in parentheses):

Colonel Mustard (MUST): did the upstanding retired army man do the dastardly deed?

Mr. Green (GREE): who is really behind that colorful exterior?

Professor Plum (PLUM): perhaps the professor is the passionate perpetrator.

Mrs. Peacock (PEAC): who knows if poor old Reggie ruffled that lady’s feathers, and she committed murder most foul?

**For help if you’re stumped and Google fails you:  Mystery Quizzes Page.

Deadline: Monday, April 1st  Send an email with your answers to kbowen (at) gmail (dot) com

Winner announced the first week of April, on Karen McFarland’s site!  I will also email the winner directly.

Good luck, and don’t search the house in the company of someone you don’t know…

10 thoughts on “It’s a Whodunnit Contest!”