Today, Elizabeth S. Craig guest blogs for Masters of Mystery.  She’s been dying to share one of her favorite detectives with you.  Enjoy!

Kathy invited me to write about one of my favorite detectives, Hamish Macbeth, for her Masters of Mystery Monday.   Hamish is the creation of mystery writer M.C. Beaton. 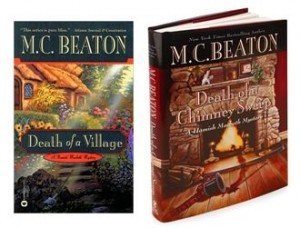 I think Hamish definitely qualifies as a Master of Mystery, even though he might not be quite as well-known as Inspector Morse or Inspector Jury.  And, actually, he isn’t an inspector at all….or will even ever try to become one.

That’s because Hamish is perfectly content with a happy, slow-paced life in the Highland village of Lochdubh, Scotland, where he works as a police constable.

Most of Hamish’s life involves taking care of his dog, Lugs, his wildcat, Sonsie, and embarking in various disastrous romantic entanglements. He checks up on his villagers, making sure all is well with them. And, more often than he’d like, he has a mysterious death to investigate.

Hamish doesn’t have much ambition, preferring instead to stay in his beloved village. Hamish is portrayed as somewhat lazy, but kind. He has a temper, but rarely shows it.  He’s very savvy on managing the villagers and knows how to be their friend as well as their bobby.

Hamish’s intuition, common sense, and relationship with the villagers means that he’s won their trust—and any gossip and information they can provide him.  He always finds the killer and restores order to Lochdubh.

Why is Hamish so appealing?

The town is populated by a variety of interesting regular characters that make appearances throughout the 27 book series.  Nessie and Jessie Currie, eccentric spinster sisters who frequently give helpful information; Angus Macdonald, the seer whom Hamish consults from time to time; and Angela Brodie, who gives advice (and doles out some very bad cooking.) The recurring characters feel like friends, and I look forward to each book in order to catch up with them and see what’s happening in their lives.

I’d been a mystery reader my whole life, but it was M.C. Beaton’s Hamish Macbeth that made me pick up my pen (erm…laptop, actually) and try my hand at mystery writing.  I was so enthralled by the little world she’d created and the characters that populated it that I couldn’t not try writing. I loved that she’d built a little world full of strong characters, a unique sleuth with foibles, and a fascinating setting.  So my hat’s off to Hamish—and Beaton—for the inspiration to write.

More about Hamish (for those who are intrigued):

A listing of all the Hamish books
More on author M.C. Beaton
The Wiki on Hamish 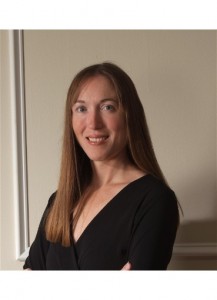 Elizabeth is such a nice lady, and a very busy gal.  She writes the Memphis Barbeque series for Penguin/Berkley (as Riley Adams), the Southern Quilting mysteries (2012) for Penguin/NAL, and the Myrtle Clover series for Midnight Ink.

She blogs daily at Mystery Writing is Murder, which was named by Writer’s Digest as one of the 101 Best Websites for Writers for 2010 and 2011.  I love her site.

You can also keep in touch with her via Twitter: @elizabethscraig