In terms of puzzle and suspense, most of us consider mystery stories primarily “Whodunnit” in nature.  However, a lot of mysteries also thrive on the pursuit of the “MacGuffin.”

What the heck’s a MacGuffin? 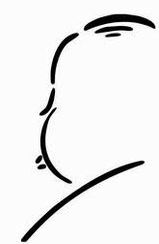 The MacGuffin is an object everyone in the story wants, and are racing around to get.  Alfred Hitchcock made the term common during lectures and director interviews he gave, saying it originally came from a joke told by his team of screenwriters.  For more details about its origins, take a look at the TV Tropes website (which also has a great list of MacGuffin sub-tropes on the same page.  Check it out; it’s a riot).

The object in and of itself may not be very important to the plot (the Maltese Falcon is a good example of this), and Hitchcock’s MacGuffins were rarely consequential.  However, other MacGuffins have been crucial to a plot’s outcome, such as the cutest MacGuffin ever, Star Wars’ R2D2, or the Ark of the Covenant in the first Indiana Jones film (every MacGuffin in Indiana Jones does something powerful).

Besides The Maltese Falcon, Star Wars, and Indiana Jonesfilms mentioned above, here are other places MacGuffins have been known to lurk: 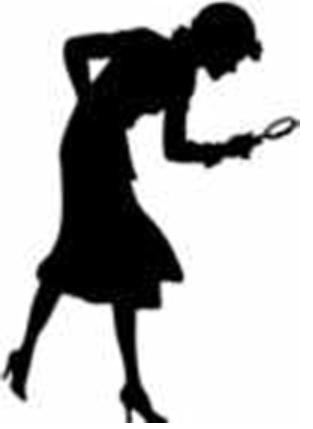 Favorite fictional detectives from our childhood –  Nancy Drew, the Hardy Boys, and Encyclopedia Brown – were terrific MacGuffin-chasers, whether it was treasure-maps, old documents, undiscovered antiques, stolen goods, or hidden bombs/weapons.  For a young audience in particular, having a concrete object allows readers to more easily assess the detective’s progress (or lack thereof).

However, MacGuffins are fun for adult mystery readers, too.  Sherlock Holmes was kept quite busy tracking pesky MacGuffins all over London and the surrounding countryside.  Here are just a few examples:  missing jewels in “The Beryl Coronet,” an indiscreet photograph for the King of Bohemia in “A Scandal in Bohemia,” a stolen prize race horse in “The Silver Blaze,” and a missing document in “The Adventure of the Naval Treaty.”

What are some of your favorite MacGuffins?  I’d love to hear from you.