This week marks the anniversary of the death of famous American poet/author/critic Edgar Allan Poe on Oct 7, 1849. Although the cause of his death was vaguely listed as “congestion of the brain,” the root cause is still a mystery. No autopsy was done or death certificate issued.

The circumstances of Poe’s death:

Poe was found in Baltimore near Gunner’s Hall (a tavern being used as a polling place that day) “rather the worse for wear,” according to Joseph W. Walker, the man who discovered him. Poe was able to give him the names of two acquaintances who lived in the area. Walker sent them urgent notes to come and help decide what to do with him. When they came to assess the situation, the general consensus was that Poe was the worse for drink, and they took him to Baltimore’s Washington College Hospital.

Strangely, he was wearing clothing not his own. According to the Edgar Allan Poe Society of Baltimore:

Poe’s clothing had been changed. In place of his own suit of black wool was one of cheap gabardine, with a palm leaf hat. Moran describes his clothing as “a stained, faded, old bombazine coat, pantaloons of a similar character, a pair of worn-out shoes run down at the heels, and an old straw hat” (Moran, Defense of Poe, p. 59.)

There wasn’t much that the doctors could do for him other than make him comfortable. Although he briefly regained consciousness at intervals (though never for long enough to explain what happened), he died four days later.

Which leaves us with all kinds of questions: how did he come to be where he was found, and in someone else’s clothes? What happened to him? What killed him?

We know that Poe left Richmond for Philadelphia (some say New York) via boat (one source says the train…arghh, research is a minefield) and arrived in Baltimore on September 28th. However, there is no reliable account of what happened to him between then and when he was found on October 3rd.

I didn’t realize until my adult years that what I thought I knew about Poe and his death as a high schooler (decades ago, never mind how many, LOL), was shaped by the accounts of Poe at the hands of his most bitter rival, Rufus Wilmot Griswold. Griswold was extremely adept at character assassination, which he had already directed at Poe during his lifetime. But now the floodgates were about to be opened wide. The day of Poe’s burial, an obituary signed by “Ludwig” (later proved to be Griswold) appeared in the New York Tribune, characterizing Poe as brilliant but “erratic…. He had few or no friends.” He doesn’t stop there:

He walked the streets, in madness or melancholy, with lips moving in indistinct curses, or with eyes upturned in passionate prayers for the happiness of those who at that moment were objects of his idolatry, but never for himself, for he felt, or professed to feel, that he was already damned. He seemed, except when some fitful pursuit subjected his will and engrossed his faculties, always to bear the memory of some controlling sorrow.

With a eulogist such as this, who needs enemies? Griswold, aka the King of Nasty, also snipes at Poe’s professional abilities as poet, author, and critic, but I’ll let you read the rest on your own. You’ll find the entire obituary here.

Griswold took character assassination to a whole new level with his next trick: he publicly claimed that Poe had selected him to be his literary executor, and got Poe’s mother-in-law and beneficiary, Maria Clemm, to agree to it. Griswold was a literary critic and editor who had acted as an agent for other American authors, so that probably gave him some legitimacy in Maria’s eyes. In 1850, Griswold sealed the deal by publishing a collection of Poe’s works with a preface, “Memoir of the Author.” In it, he portrayed Poe as a tortured genius, drug addict, and drunkard who had died alone in the gutters of Baltimore. Griswold produced letters (later determined to be forged) from Poe as evidence of his depraved, drug-addled mind.

Wow. Talk about your revenge dramas. Ever want to know where I get my ideas? This kind of stuff.

Those who knew Poe protested the accounts, but Griswold’s was the only official biography out there at the time. And consider how easy it is, then and now, for readers of Poe’s macabre tales – its protagonists half-mad, half-evil – to believe that only a tortured genius could create them.

Since then, more has come to light about Poe’s life and character (links posted below) that contradict this characterization, although the five days before he was found in Baltimore may never be unearthed. Theories abound, of course, alcohol poisoning being the early favorite that has only been seriously questioned in recent decades. Other theories include cooping (a variation on the alcohol theory, really), brain lesion, tuberculosis, epilepsy, and…rabies.

Wait. Rabies? Here’s the first paragraph and link to the 1996 medical report in support of the rabies theory:

Whether you agree or not with the rabies theory (and the Edgar Allan Poe Society emphatically does not – their argument against rabies is in the link below), it makes for an interesting read. 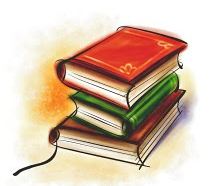 So, what do you think? While we may never know how Poe died, as an author it’s a cautionary tale to make sure I know who my literary executor is going to be….

Any real-life mysteries that fascinate you? I’d love to hear from you.

4 thoughts on “The Last Mystery of Edgar Allan Poe”