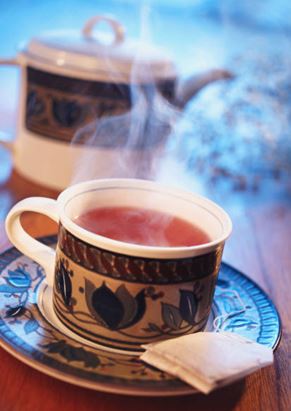 Being a cozy mystery writer/fan doesn’t necessarily mean I love tea (and cats, and knitting), but it’s kinda nice when the stars align. Tea is definitely one of my favorite beverages.

And now tea has gotten “Oprah-fied.” (I’m a writer; I can make up my own words, right?). Teavana, a Starbucks-owned upscale tea retailer, and Oprah Winfrey have collaborated to create a new tea variety called “Oprah Chai Tea.”  According to Starbucks CEO Howard Schultz: “With the introduction of Teavana Oprah Chai, we are going to elevate the tea experience in the same way we did for coffee.”

Setting aside for the moment that the term “Chai Tea” is repetitive, as the word “chai” means “tea” in Hindi (check out Grammar Girl’s article on the subject), it’s kind of fun to see the humble cup of tea getting its props. But an “experience”? That’s quite a promise.

Actually, tea already has a lot of promise, in terms of health benefits. There’s been a good bit of buzz about tea in recent years. Here are some all-star varieties:

Most of us have heard of or read articles touting the health benefits of green tea. Consider a few of these potential benefits:

Scientists are cautiously optimistic, but say that long-term studies are needed.

Just when green tea was becoming more common and more widely consumed, a tea variety native to the mountainous region of South Africa called Rooibos (pronounced “ROY-boss”) was introduced to tea drinkers in the United States (it was already well-known in Europe). Rooibos became the new “hip” tea. By the way, for you detective fans, it’s also known as “red bush tea,” and it’s the beverage that fictional detective Mma Ramotswe (of The Ladies’ No 1 Detective Agency series) drinks in great quantities.

She has good reason to. Like green tea, Rooibos is high in essential minerals and antioxidants, plus it’s caffeine free and low in tannins (tannins are present in many teas, and can upset the stomach).

Even better! A recent article from the American Chemical Society explains the unique ways that honey kills antibiotic-resistant bacteria. Here’s an excerpt:

“The unique property of honey lies in its ability to fight infection on multiple levels, making it more difficult for bacteria to develop resistance,” said study leader Susan M. Meschwitz, Ph.D. That is, it uses a combination of weapons, including hydrogen peroxide, acidity, osmotic effect, high sugar concentration and polyphenols — all of which actively kill bacterial cells, she explained. The osmotic effect, which is the result of the high sugar concentration in honey, draws water from the bacterial cells, dehydrating and killing them. 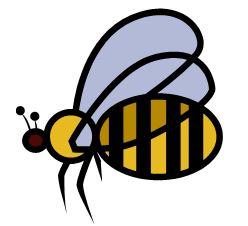 Looks like we should be expanding our bee-keeping industry more than our pharmaceutical industry, doesn’t it?

On a related note, how about we be more careful when transporting beehives on I-95? Yikes. You can’t make this stuff up.  20 million Honeybees Swarm Delaware Highway After Wreck.

Um, yeah, I’ll bet the bees were angry. Kudos to the Delaware State Police, who 14 years ago designed a “Bee Swarm Removal Plan.” (Calling all beekeepers!) This is the first time they actually had to use it. Don’t you wish other state and federal agencies were equally efficient? 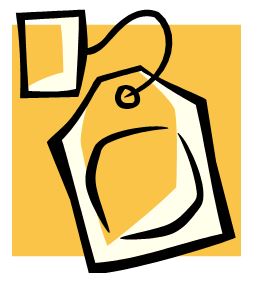 Want to learn more about tea?

WebMD: the Tao of Tea (Rooibos)

…and thanks to Peter Kimzey for the following comprehensive article about tea:

Check out some of my other “tea” posts:

Do you enjoy tea, or consider it a beverage for grannies and invalids? What do you think of “celebrity” tea flavors? Ever get stuck in a bee swarm on the Delaware Turnpike? I’d love to hear from you.

14 thoughts on “The Tea “Experience””