Welcome to Fashion Friday, where we take a look at an item or aspect of 19th century fashion.  It’s typically a shorter post than the rest of the week.  After all, we all have to get ready for the weekend, don’t we?

This week is the Royal Meeting of the Ascot Races in Berkshire, England.  Among the events is “Ladies’ Day,” where the most outrageous hats are worn:

So let’s take a quick look at some hat trends from the 19th century.  These photographs come from Priscilla Harris Dalrymple’s book American Victorian Costume in Early Photographs. 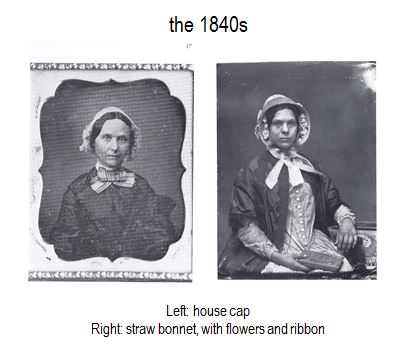 The house cap, like an apron, would never have been worn outdoors; the bonnet was the go-to millinery item for women well into the 1860s, and was typically trimmed on the inside of the brim, like the one above. 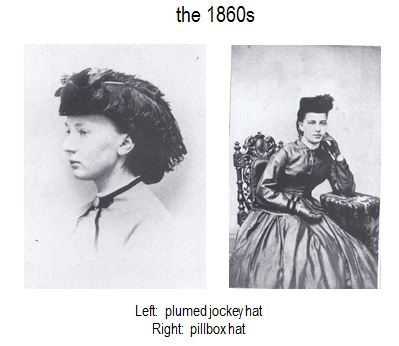 The 1860s started to bring in more interesting hat varieties.  Consequently, hairstyles got more elaborate around the hat to accommodate it and create a unified look. 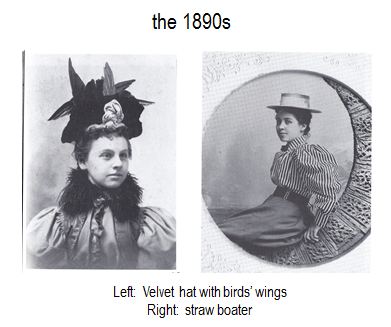 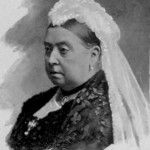 It’s ironic that the titulary figure of this era, Queen Victoria, did not wear fashionable hats out in public.  But no lady would let even a queen get between her and a pretty hat!

And just in case you fellas feel ignored, there’s a good reason:

Do you like to wear hats on special (or not so special) occasions?  Do you have a favorite?  Do you wish hats would make a come-back?  I’d love to hear from you.