The Case of the Runaway Girl 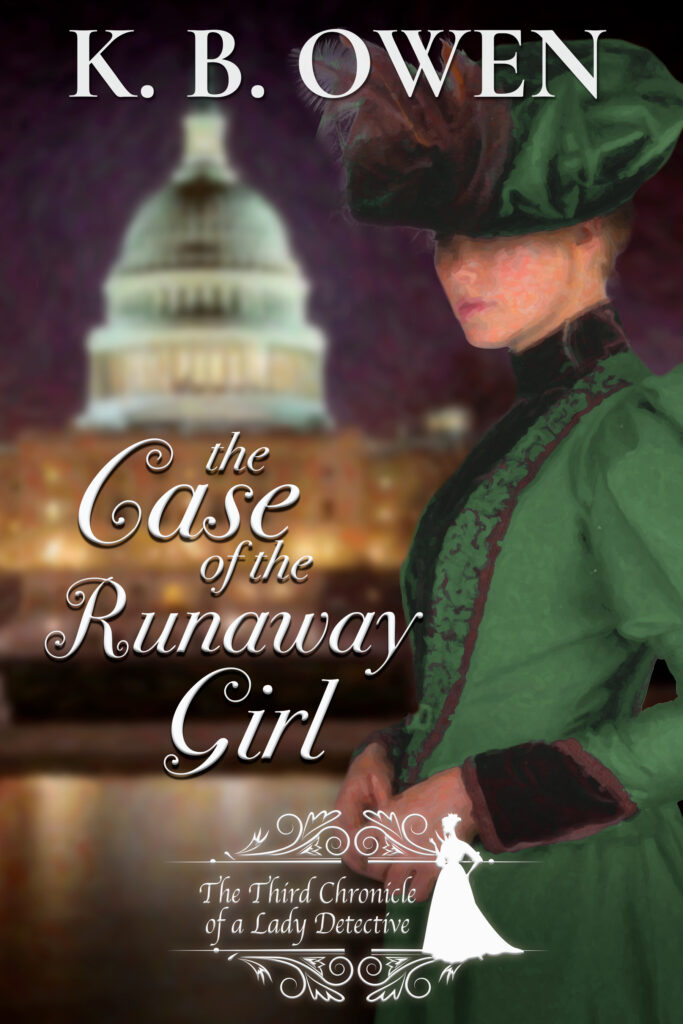 A labyrinth of 1880s politics, high society, and murder.

On a January night in 1887, trouble comes knocking at Pinkerton detective Penelope Hamilton's door in the form of a sulky young runaway. The girl turns out to be the grandniece of an influential senator, who hires Pen to escort her and her friend from Chicago to his Washington, DC home.

When a hired thug shadows them on the train, Pen stays on the case in Washington to keep her young charges safe. But she must tread carefully amid the underhanded dealings of back-room politics and business tycoons with a lot to lose, all the while resisting the attentions of an attractive but not-quite-reformed jewel thief who knows far too much about her.

She'll need more than her lockpicks and derringer this time, if she is to save them all.