The Twelve Thieves of Christmas 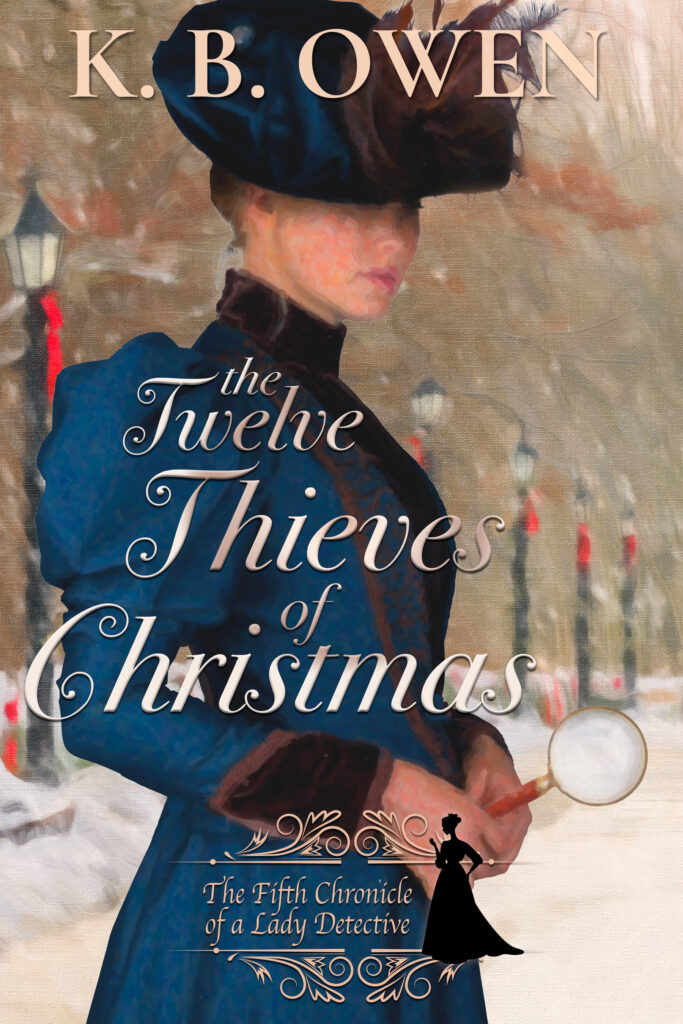 A Christmas bounty of murderers and thieves…

Pinkerton detective Penelope Hamilton is happiest when she’s working on a case. This Christmas season of 1887 should be very merry indeed, as she has two.

One seems simple enough—a surveillance job for her estranged husband, Frank, a fellow Pinkerton. The other promises to be much more interesting. How did a society matron’s valuable necklace, lent a year before to a friend who was then murdered by a thief, turn up around the neck of a young debutante from Chicago’s high society?

All too soon, Pen’s investigations stir up trouble. She’ll need more than her trusty lockpicks and derringer this time, with a young mother and child in harm’s way, an assassin stalking Frank, and a killer claiming another victim.

She turns to allies old and new, including an impulsive young society girl, a snoopy housemaid (who’s surprisingly good at knots) and, most of all, a distractingly handsome and supposedly reformed jewel thief.

One thing is clear—she’s going to need a Christmas miracle to save them all.

The Secret of the Forty Steps
The Case of the Reluctant Witness
©2022 K.B. Owen, mystery writer— All Rights Reserved
website by Memphis McKay