The Secret of the Forty Steps 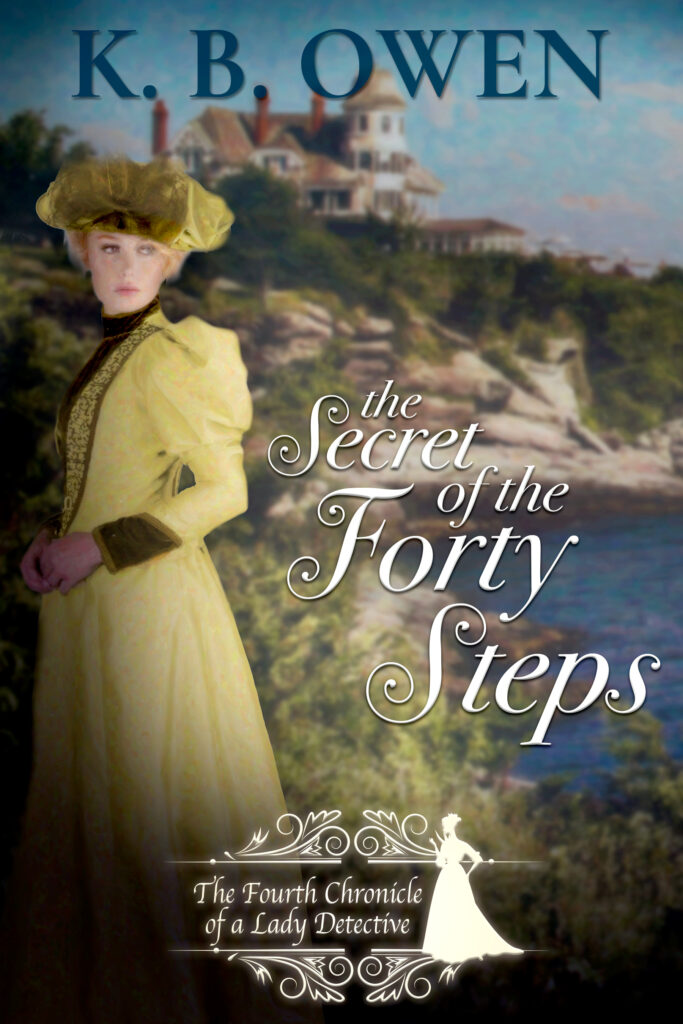 Pinkerton detective Penelope Hamilton is summoned to fashionable Newport to investigate the two-year-old death of a wealthy matron. Did she fall from the Cliff Walk’s Forty Steps in the middle of the night, as was presumed, or was she pushed by her much-younger husband?

The case is personal this time, since Pen’s client is her own mother—breaking her near-decade of silence—and the man under scrutiny is to marry Pen’s cousin in a week’s time.

The lady detective discreetly enlists the help of a local, but the inquiry quickly unravels when he turns up dead. To make things worse, Pen’s identity as a Pinkerton is uncovered by Newport’s most prominent summer resident, whose complaint to her boss brings Pen’s estranged husband and fellow Pinkerton, Frank Wynch, to Newport.

With her cousin’s wedding day nearly here and no answers yet, Pen has no choice but to accept Frank’s help while dodging his romantic overtures. Nothing like a little danger to heighten an already-fraught relationship, as they work to expose a desperate adversary…who could prove deadly to them both.

The Case of the Runaway Girl
The Twelve Thieves of Christmas
©2022 K.B. Owen, mystery writer— All Rights Reserved
website by Memphis McKay