State of the Union as spectator sport

Tomorrow night’s State of the Union address will be President Barack Obama’s last, during an election year already rife with divisive and derisive rhetoric. So, how about we have some fun instead? Below is a post from 2015 that surveyed social media responses to that year’s SOTU. It reaffirms my faith in mankind’s intrinsic smart-a$$ery, an important self-preservation skill in any election year.

What’s new this year? Looks like the White House is trying to sit at the cool kids’ table by joining SnapChat. 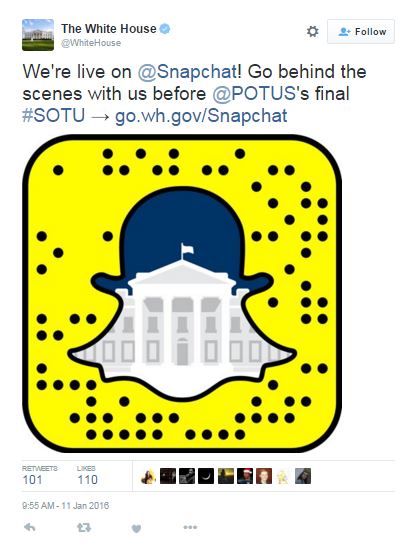 For you political wonks out there, here are a couple of links to help you get ready:

From this article, I learned that the following phrases would make great SOTU Bingo spaces (or key words for a drinking game), for those so inclined:

let’s not let the Republicans take us backward

My favorite paragraph from this source is the explanation of Supreme Court Justice Ruth Bader Ginsburg’s nap last year:

Wow, I never knew Ruth was a party girl! Makes you wonder who else isn’t “100 percent sober” at the event. A tweet of Justice Ginsburg’s sleeping pic is included in the original post below.

Will you be watching the State of the Union address? Will you be tweeting, bingo-ing, or drinking? I’d love to hear from you.

P.S. – don’t forget to submit your flash fiction tale about the barber shop pole for a free audiobook or ebook! End of January is the deadline. Details here: You Tell the Story!

Today’s post is a bit different from our usual historical and mystery-based themes, and is just for fun. No policies or partisanship here. We want to talk about the stuff that people really care about.

Preparing for the event: 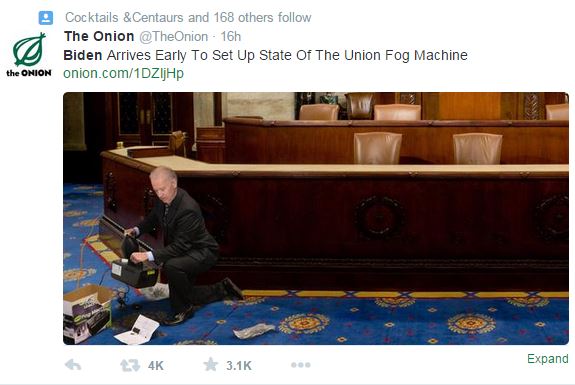 After all, what State of the Union address is complete without a fog machine?

We viewers at home had some preparations to make as well. Bring on the drinking games and Bingo!

Here’s a drinking game that DebateDrinking.com devised for the occasion: 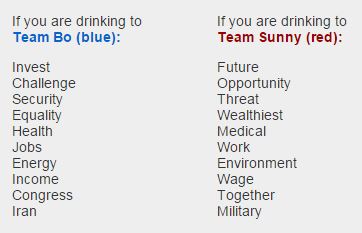 For the rest of the rules, click here. I would add “veto,” “children,” and “community college.” 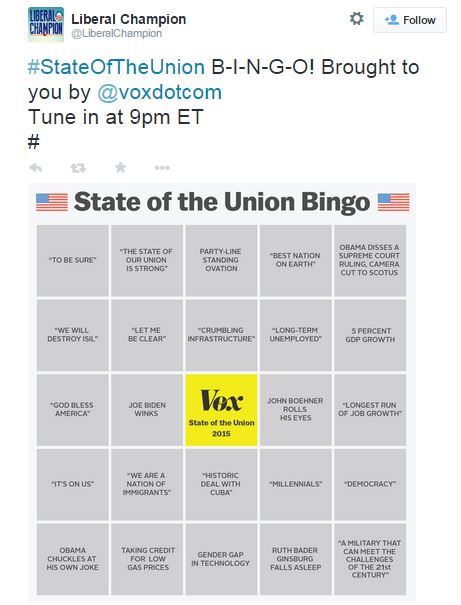 Not sure how you win when everyone’s card is the same, but at least you won’t be falling asleep: 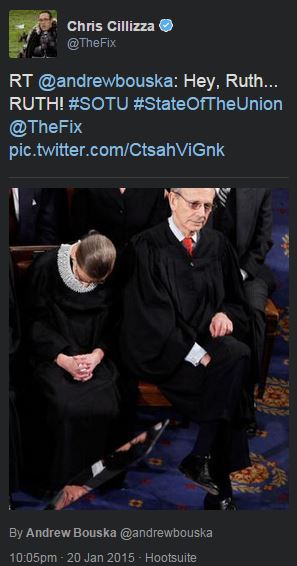 Although some appreciated the Supreme Court Justice’s approach:

The President Makes an Entrance:

Face-Off: the Men Behind the Man

There were tons of tweets about Biden and Boehner. 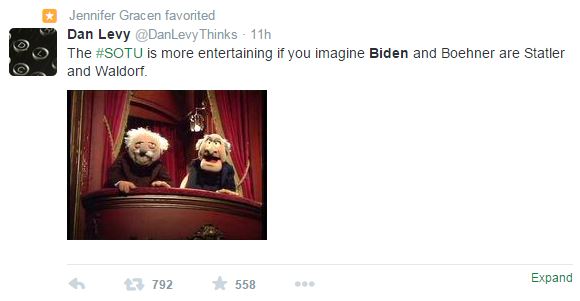 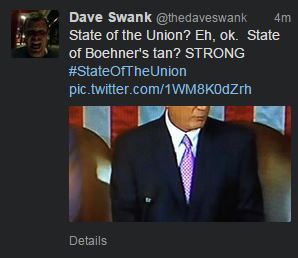 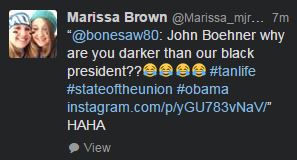 And what was that silver thing on Boehner’s desk? A couple of theories: 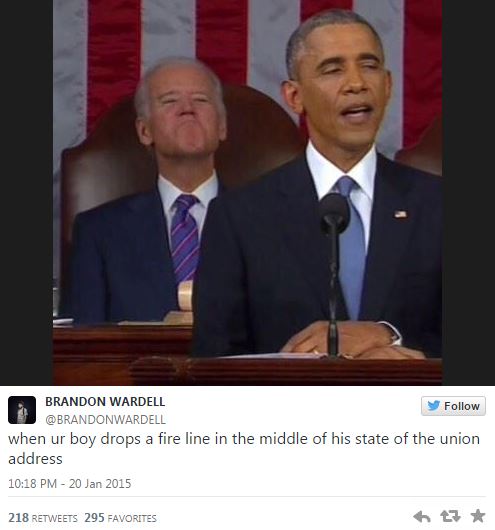 Someone else caught the eye of the Twitterverse last night: 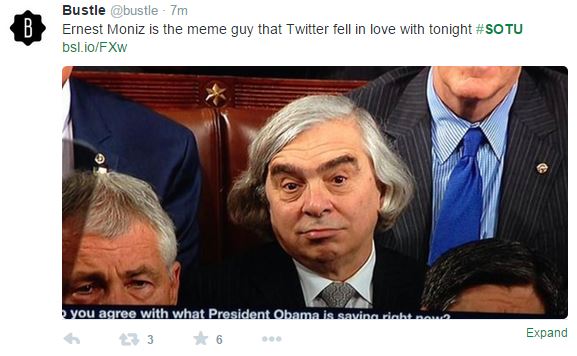 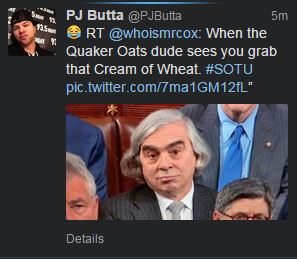 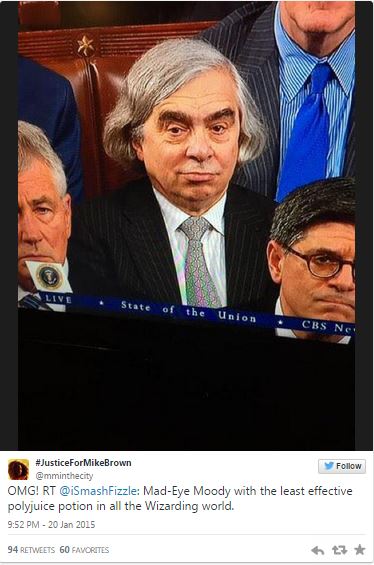 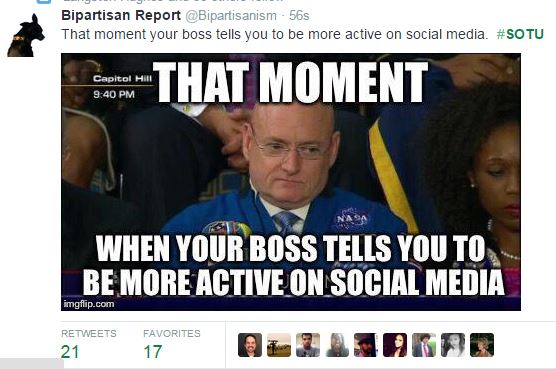 Do they have wifi in space?

There seemed to be a lot of standing ovations. Here’s one reporter’s tally at the end:

At least the Democrats got their aerobic workout for the night.

Maybe it’s just me, but it seems strange to see the President signing autographs after the address. To add to the weirdness, he signed a tie last night.

Maybe it will start a trend. But what’s next? Groupies throwing their underthings at the President to sign? *shudder*

If you skipped the State of the Union address altogether, here’s one guy’s strategy for catching up: 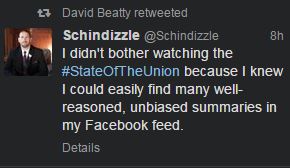 Hope he’s not part of this teacher’s class today. There may be a quiz: 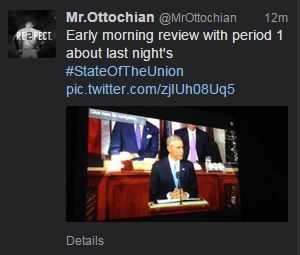 Did you see the State of the Union address last night? Were any naps or drinking games involved? I’d love to hear from you!

P.S. – 10 more days until the end of the Unseemly Ambition giveaway!

To celebrate the release of my most recent Concordia Wells mystery, Unseemly Ambition, I’m holding a prize giveaway. There’s still time to get your name in!

Click here for easy ways to get your name in the drawing, and a list of prizes!

5 thoughts on “State of the Union as spectator sport”

You tell the story!
The Spy Who Stole Tea from China
©2023 K.B. Owen, mystery writer— All Rights Reserved
website by Memphis McKay