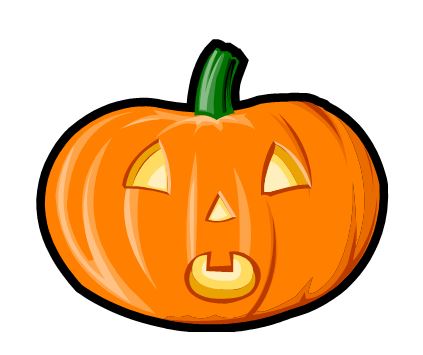 Halloween is almost upon us, so it’s time for part 2 of Trick or Treating, 19th century style.  To read about the Halloween “tricks” pulled in the 19th century, click here for last week’s post.

Today, it’s all about the treats!  What kind of fun did Victorians have at Halloween?

The Victorians bobbed for apples, carved pumpkins, decorated, dressed up, and threw parties, just as we do today.  Dances and feasts were quite popular back then.  In addition, the Halloween revelers of the 19th century engaged in a number of ancient customs.  A lot of them had to do with courtship and marriage, so it’s easy to imagine the appeal of Halloween gatherings for the younger set.

The planchette – a precursor to today’s Ouija board – could answer questions from the “spirit world” through pencil tracings on paper  (For more about the 19th century planchette, click here).  The burning of the “nits” (“nuts” in Scottish lingo) was a time-honored tradition, and how the nuts burned – while the youth or maiden watched, thinking of a certain someone – determined how faithful the object of his/her affections actually was.

If the methods above weren’t enough to clarify things for an eager young lady, here are two more rituals for predicting a future suitor, detailed in an 1892 New York Times article: 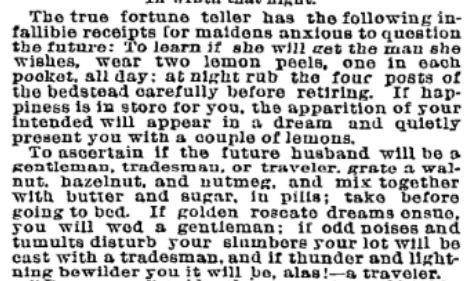 You’d have to be one determined gal to be rubbing lemon peels on bedposts and grinding nut mixtures into pills to swallow.

This 1895 article from The New York Times describes a few other customs of interest: 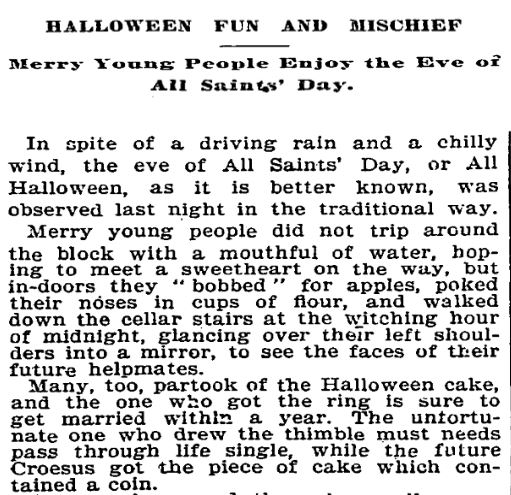 For more about the customs and origins of Halloween, check out this post.

Well, not really costumes as we think of it, but every Halloween cotillion, ball, or barn dance needs a gown for the occasion.  Here are some suggestions from The Salt Lake Herald, October 28, 1894 (apologies for low resolution): 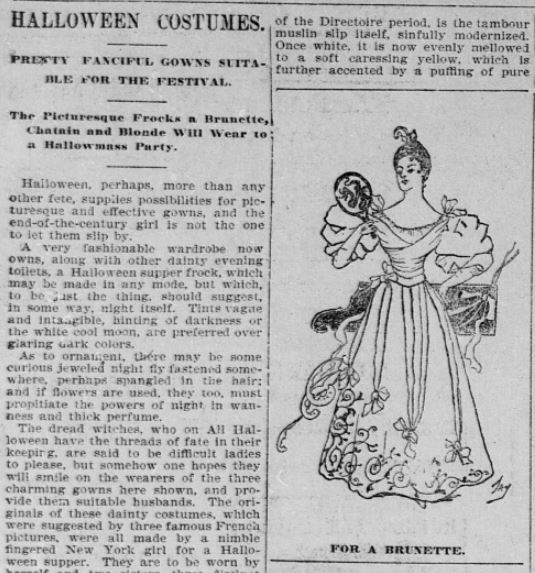 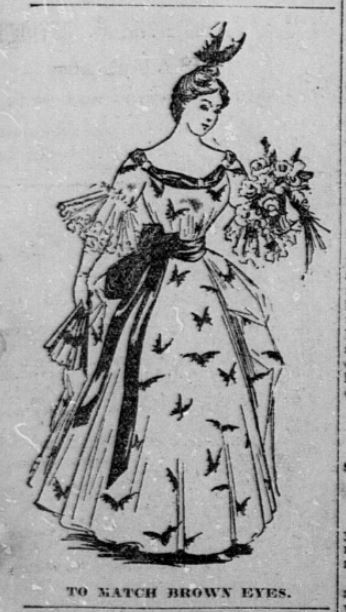 …because nothing goes better with brown eyes than wearing a bat on one’s head.

Let’s not forget the blondes: 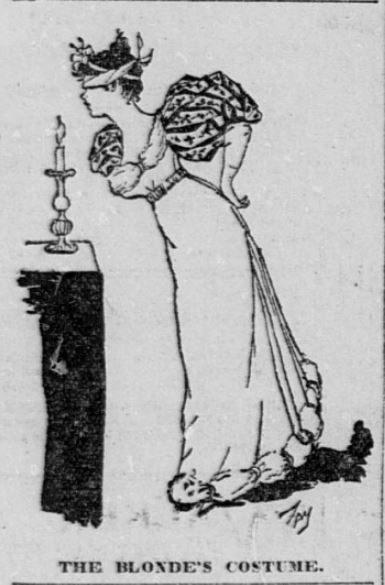 I’m not sure what Halloween custom the sketch above refers to, but it doesn’t look very safe, does it?  And why did the artist make it the blonde who’s leaning in toward a lit candle, while blindfolded?  Hmm… 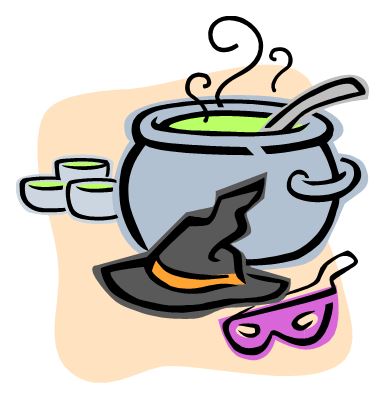 This is just a snippet, really, of the multitude of Halloween traditions and celebrations, but I’m sure it makes clear that those Victorians really knew how to throw a party!

Many thanks to everyone who attended Misterio Press’s Facebook Halloween Party on Friday.  We had a blast, enjoying digital cocktails and hors d’oevres, playing fun trivia games, sharing ghost stories, costume pics, recipes, and more.  An abundance of SWAG was given out, too!  Special thanks to Misterio Press author Kassandra Lamb, who worked tirelessly to make the event a success.

Wishing you a safe and fun-filled Halloween!